Director of the Loyola Institute for Ministry, Marjorie R. Morvant Distinguished Professor in Theology and Ministry, Associate Dean of the College of Nursing and Health 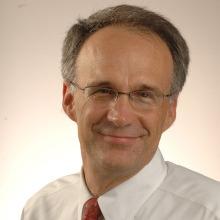 I received an M.A.R. from the Yale University Divinity School and my Ph.D. in Theology from the University of Notre Dame. My dissertation examined Thomas Aquinas's Commentary on the Psalms and was published by the University of Notre Dame Press as Thomas Aquinas As Reader of the Psalms. I held my first teaching position from August 1997-July 2007 at St. Thomas University in Miami Gardens, Fla. where I was Chair of the Department of Religious Studies and taught in the Institute for Pastoral Ministries. While there, I developed a program that allowed undergraduates to complete their Religious Studies degree online. In August 2007, I moved to New Orleans to take the position of Director of the Loyola Institute for Ministry (LIM). I was recently appointed the Associate Dean of the College in which LIM is located--the College of Nursing and Health.  I teach a range of courses including Introduction to Practical Theology; Grace Christ and Spirit; Church, Sacraments and Ministry; our introductory Bible courses, and the Spirituality for Ministers focus area. I have also taught Pastoral and Educational Praxis and an online course entitled Invitation to the Catechism that examined the spirituality of The Catechism of the Catholic Church.

My research interests include the history of biblical interpretation with a focus on medieval exegesis, the history of spirituality, and faith and popular culture. In addition to work on Aquinas's biblical commentaries, I have written on the spirituality of medieval interpretations of the Song of Songs, the material spirituality of paint-by-numbers Last Suppers, New Orleans post Katrina, and the medieval Feast of Corpus Christi as an expression of the sensus fidelium. I am co-editor of the series "The Bible in Medieval Tradition" published by Eerdmans. In the Romans volume, I was responsible for translating selections from Thomas Aquinas's Commentary on Romans. That volume won first place from the Catholic Press Association in the Scripture--Academic Studies division.  In my role as Director, I write and present on spirituality, faith and popular culture, and Pope Francis--and their transformative implications for today.

I am a native of New Orleans. I attended and later taught at Jesuit High School here in town. I also lived in the Catholic Worker community in New York City for two years. I am married with three daughters and love the rich religious, cultural, and environmental heritage of south Louisiana.

Here are some short reflections I wrote on medieval biblical interpretation. Here are some short reflections I wrote after a trip to Tanzania and a short column on creation.  I speak regularly on Pope Francis.  Here are select texts I used in a presentation on Pope Francis and Ignatian spirituality. Here are some texts from presentations I gave at the 2019 Gulf Coast Faith Formation Conference on beauty (starts on page 1) and evangelization (page 27) and one entitled "Creation Matters" from the Atlanta Catechist Conference in August 2017.