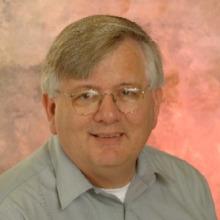 Rick’s 40+ years of lay ecclesial ministry include 30 years as Director of Religious Education at several different parishes in the (Arch)dioceses of New Orleans and Baton Rouge.  He also served as Religious Education consultant for what was then the Diocese of Alexandria-Shreveport in the mid-1980s. Before that he served a year as a religious educator and pastoral minister in a four-county mission parish in North Georgia.

A native of Biloxi, Mississippi, Rick earned his undergraduate degree in theology from Loyola in 1974 and his Master’s Degree in Religious Education from LIM in 1981.  He also earned a specialized certificate in Parish Life and Administration at LIM in 2008.  He has taught many various courses over the years in the dioceses in which he has served and has facilitated a number of LIM extension groups.

One such learning group was comprised of inmates at the Louisiana State Penitentiary at Angola.  Rick and the inmate learning group he facilitated received the Kairos Award for Academic Excellence and Collaboration for Ministry from LIM in May 2016.

Rick and his wife Nancy met as undergraduates at Loyola. They have five sons, and their favorite activity is visiting with family—especially their grandkids!