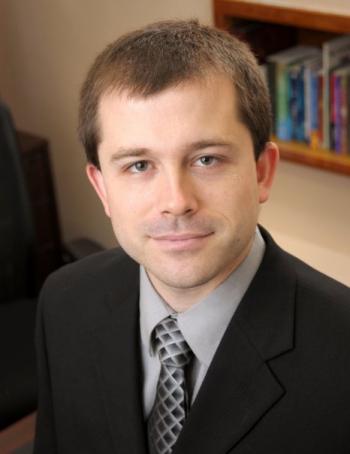 Matt Downey - a 2004 graduate of the Institute for Ministry - began his studies toward his Master of Religion Education degree thinking that he would become a campus minister.  He ended up as a school principal in Catholic schools both in the Diocese of Wheeling-Charleston, WV and now at St. Benilde School here in Metairie.  Matt has utilized the skills in thinking critically and creatively about Catholic identity that he gained while at LIM to develop school cultures that provide strong academic rigor grounded in a contemporary vision and practice of education. As principal of St. Benilde, Matt seeks to respond to the unique learning needs of individual students, teach character and values, and promote Catholic identity at all levels. Under his leadership, St. Francis de Sales Central Catholic School in Morgantown, WV was awarded the national Catholic Schools for Tomorrow Award for Innovations in Promoting Catholic Identity by *Today's Catholic Teacher* in 2011. He is very much excited to be bringing his skills to St. Benilde School and the Archdiocese of New Orleans family of Catholic schools.****